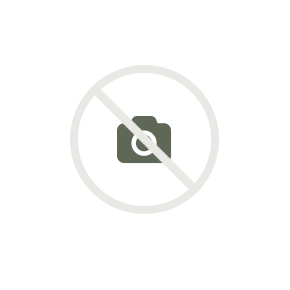 The Blackmagic Design URSA Broadcast Camera is a field and studio production powerhouse. Featuring a native B4 mount for standard 2/3" broadcast lenses means that the URSA Broadcast will be at home on a studio sled behind a box lens just as much as it will be on the shoulder of a news coverage camera operator. The sensor itself features
UHD 4K resolution which can facilitate native UHD recording, or downscaled HD recording for productions that don't require the extra resolution. Video can be recorded to UHS-II SD cards or CFast 2.0 cards, with the latter capable of recording raw Cinema DNG files for further flexibility in post-production.

The camera really comes into its own when combined with the separately available URSA Mini Shoulder Kit and EVF. VCT-14 compatibility plus the ability to go shoulder-mounted when you need to is an important aspect of this camera. When shoulder-mounted, a connected B4 lens's grip and the EVF form points of contact for comfortable and stable shooting. Additionally, a 20-pin lens communication port allows for the URSA Broadcast to communicate with B4 lens servos.

The body itself is designed to be intuitive, with buttons and switches intelligently placed for muscle memory and on-the-fly adjustments. ISO/gain, shutter speed, and white balance are all available on classic toggle switches, while a traditional ND filter wheel lets you reduce the light hitting the sensor for full control over your image. Connections for audio in, video out, plus timecode/genlock input are available on industry-standard connectors, enabling them to interface with professional gear right out of the box.

When you're not in the thick of a shooting day, open the LCD display to access the deeper camera menus and adjust global settings. While standard REC. 709 color is available for broadcast compatibility, extended video mode offers an optional look that has high contrast, yet takes advantage of the 12-stop dynamic range present in the sensor for smoother highlights without the washed-out look common in picture profiles with high dynamic ranges.

Two Cameras in One
The URSA Broadcast was designed to function equally well as a studio camera, or as an ENG/EFP camcorder for both HD and UHD 4K productions. With the separately available shoulder-mount kit, the URSA Broadcast can slot into a studio sled or be used atop an operator's shoulder, ENG-style.

Standard Media and Formats
Media recorded by the URSA Broadcast should need no transcoding. Apple ProRes and Avid DNx can be recorded straight to UHS-II SD cards or CFast 2.0 cards. Just offload the media from the cards, and you can go straight to editing. You can even record lossless or compressed 12-bit CinemaDNG raw files for high-quality programming and post-production workflows. With dual slots for each media type, URSA Broadcast gives you the option for redundant or relay recording. When the first card is full, recording automatically continues onto the next card, so you can swap one card while continuing recording on the other.

B4 Lens Compatibility
While the 4K sensor used in the URSA Broadcast is larger than the familiar 2/3"-type used with traditional B4 glass, a high-quality optical expander built into the mount enlarges the image circle for full sensor coverage. Many high-quality HD lenses can be used at resolutions well beyond HD, all the way up to 2.5K or 3K. Because B4 lenses are par-focal and have a very wide depth of field, the image stays in focus as you zoom in and out, so you don't need to chase focus as you shoot. That lets you work much faster because you don't need to change lenses or refocus between close-up, medium, and wide shots, which is perfect when you're following the action in fast-paced scenarios.

HD Downscaling
For productions only requiring HD resolutions, the 4K image coming off the sensor can be downscaled prior to recording for smooth 1080p or 1080i image rendering. Since the entire sensor is scanned, the full dynamic range of the sensor remains intact and no aliasing artifacts will be introduced.

Optical ND Filters
Spin the ND filter wheel to access 1/4, 1/6, and 1/64 ND filters. These filters are designed in accordance with the URSA Broadcast's sensor, ensuring minimal difference in colorimetry. The filters also block IR wavelengths to prevent IR pollution when reducing visible light with NDs. ND filter values can be displayed as either a fraction, ND value, or stop reduction on the LCD or in the separately available EVF.

Body Design
Like traditional broadcast cameras, the URSA Broadcast features familiar external mechanical switches and controls that give you direct access to the most important camera settings. The controls are laid out logically, making them easy to remember and locate by feel, so you can adjust settings without having to look at the buttons or take the camera off your shoulder. You also get a 4" foldout touchscreen for either monitoring or controlling the camera via software interface that provides full redundancy for all the external controls and camera functions. On the operator's side of the camera, a dedicated backlit LCD shows essential information, such as current shooting frame rate, shutter angle, aperture, white balance, gain, iris, battery level, and audio meters, at a glance. Additionally, full-sized standard connections for audio via XLR connectors, SDI via BNC connectors, and broadcast power input via a standard 4-pin XLR 12V DC connector are available.

Slow Motion Recording
Whether you're shooting a sporting event or breaking news story, the URSA Broadcast has you covered for slow motion. To shoot slow motion video, the camera records at higher frame rates and plays back at standard video frame rates. You can set up your preferred high-speed frame rate using the camera's on-screen menus, and then switch between standard sync speed and off-speed frame rates with the touch of a button on the side of the camera. URSA Broadcast can capture full-resolution Ultra HD at up to 60 frames per second.

Built-In Audio Recording
URSA Broadcast has a high-quality microphone and professional audio recorder built-in so you don't have to bring a separate recorder. The built-in stereo microphone can be used for recording scratch audio, or you can connect professional microphones using the two XLR mic inputs. The XLR connections have 48V of switchable phantom power so you can plug in everything from shotguns to wireless clip-on mics. With two microphone inputs, you can record a reporter in the field wearing a lapel or handheld mic, while also capturing ambient sounds from the second input. You can also record the same microphone to both channels using different levels to avoid clipping from unexpected loud noises in the field. URSA Broadcast also features external knobs for adjusting levels and onscreen meters so you can trim audio levels even when shoulder-mounted.

Adaptable for Different Lenses
URSA Broadcast features an interchangeable lens mount so you can easily swap the included B4 lens mount for an EF, PL, or even F mount. That means if you're just starting out you can use low-cost, high-quality EF photographic lenses and then change to more expensive lenses when you're ready. Using an EF, PL, or F mount lens is a fantastic option when permanently rigging and mounting cameras in locked-off positions on set, so you don't tie up broadcast lenses for camera positions without operators. Because the lens mounts are easy to change, you can also quickly reconfigure cameras from job to job. URSA Broadcast comes with a B4 mount already installed, and you can also purchase optional PL, EF, and F mounts separately as needed.

Blackmagic OS
URSA Broadcast features the advanced Blackmagic OS with an intuitive user interface that lets you use simple tap and swipe gestures. Plus, you get many features from the URSA Mini digital film camera if you need to do more advanced programming work. You can set up the camera, enter metadata, and more. Plus, the software duplicates all the physical buttons and switches on the camera so you get full redundancy. The unique heads-up display puts commonly used functions at your fingertips so you can tap on a control and quickly adjust without having to navigate through complex menus. The digital slate makes entering metadata fast with its built-in dictionary, predictive text entry, and on-screen keyboard.

Flexible Power Options
Right off the bat, the URSA Broadcast features a 4-pin XLR industry-standard power connector that works from 12 to 20V for external power supplies and battery packs. The standard power connector also means it's easy to use the camera with existing power supplies and batteries. V-mount and Gold mount battery plates are available separately for compatibility with a wide array of batteries from different manufacturers.